Dutch people are direct. That’s a common character trait amongst the guys and gals of the Netherlands, to the point where they can come across as gruff or rude. That might be true—no beating around the bush in Holland—but from what we’ve seen, there’s a sincerity beneath that exterior. True, we’re living in international student housing, and even in my classes the majority of students are from outside the Netherlands, but we interact with Dutch people everyday. Usually we’re clueless, too—not realizing we have to weigh our fruit before the checkout at the grocery store, not knowing which machine to use for our ov-chipkaart on the metro, getting our paperwork straightened out with the immigration office. If the Dutch have been direct, they’ve done so with a smile on their face.

I suppose the countervailing force in the Netherlands is tolerance. This country was the first in the world to permit same-sex marriage, back in 2001, and legitimized the sex industry and the use of soft drugs. I think though, in the Dutch mindset, those examples are less about being progressive than simply treating other people fairly and decently. There’s a common Dutch saying, “doe maar gewoon dan doe je al gek genoeg,” meaning “just act normal, that’s crazy enough,” and I think that speaks a fair bit to the Dutch mentality. Pomp and ceremony are overrated, but acting like a respectful human being just might be the way to go.

Point in case. We were strolling through the Albert Cuyp Street Market this week in De Pijp, a long street of shops, each with the added appendage of a tent out front, making the whole place a bazar. Probably the right description is a bizarre bazar, because there was everything here in the Netherlands’ largest street market: glittery cases for iPhones, cheap clothes and shoes, cheese, fruit, chocolate in the shapes of . . . adult things, shampoo, and flowers. 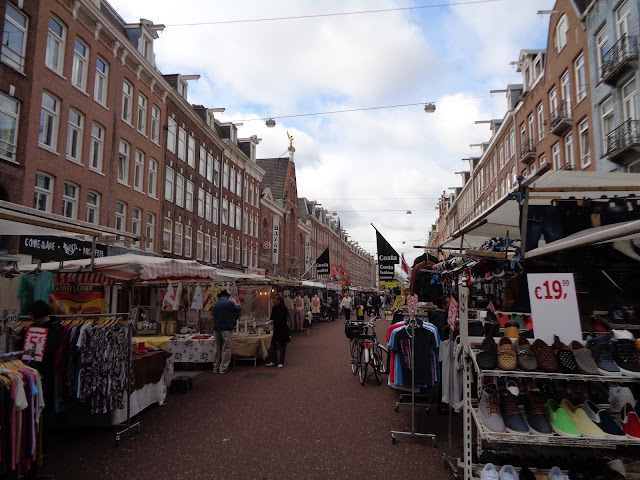 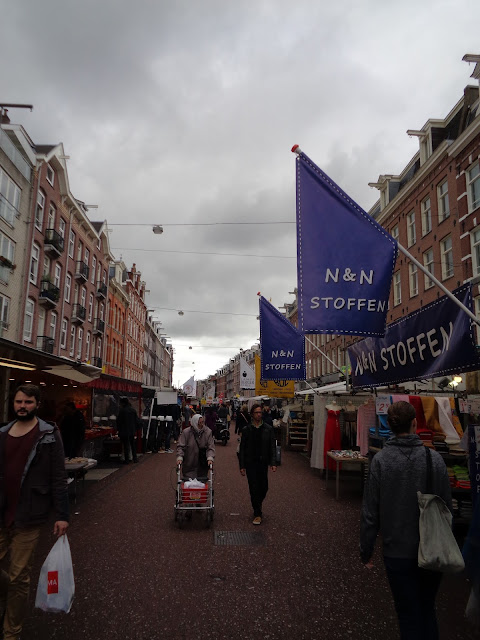 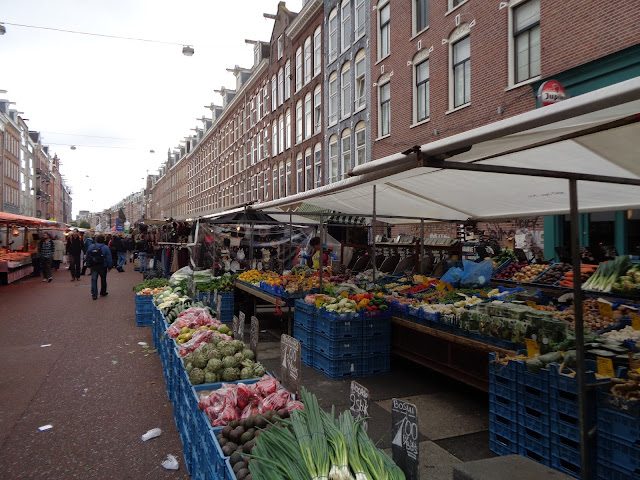 Anyway, all this browsing and people watching was wearing us down, and we set out to find a coffee. We strolled into the simple building of Trust Amsterdam, and ordered two to go. It was at that point that the barista informed us that the whole place has a “pay as you feel” mentality.

The cappuccino was delicious, but the thing that really struck us about the place was the sincerity with which it was delivered. It’s too easy (and sometimes tempting) to completely overlook a place like this—to think this is a ridiculous way to live your life, and move on. Here’s the “Trust Model” from a pamphlet:

The Heart to Heart Business model challenges the way business as usual is done. It enables a loving mind. A shared and applied purpose to be Happy for no Reason is the main thing.

We run on TRUSTfulness not BUSIness. We share money, we don’t earn a salary. Community is our business, business is our community. Workforce becomes Heartforce. We collaborate and don’t compete. We dare to share.

The business has consistently made a profit, month after month for two years, without pushing any prices or obligation on the people ordering. Seriously. It really and truly was like the money was an afterthought—just a place where people act normal, and in the Netherlands that means acting a little bit selflessly, too.

On Saturday night, we found a flyer for “Dutch Night,” advertised as a free welcome night for international students to the Dutch culture, with workshops and free pancakes. You couldn’t have sweetened the deal much more for the two of us, so off we went. 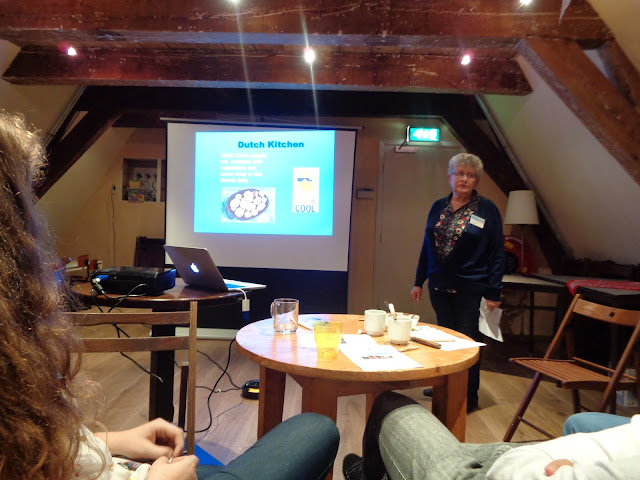 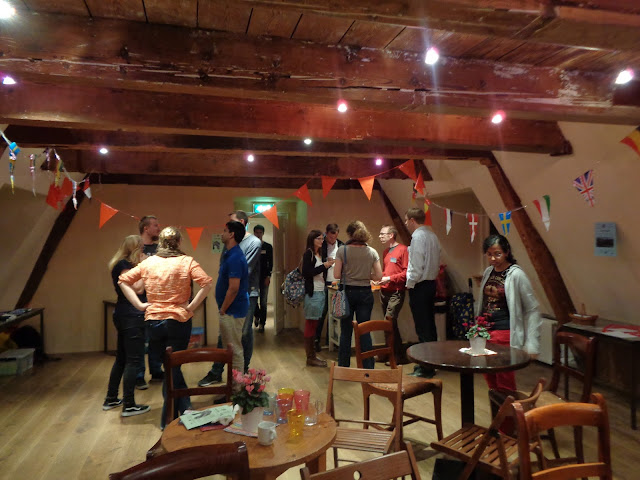 We found ourselves in a church attic in downtown Amsterdam with a decent-size assemblage of students and organizers of ISMA—International Students Meetingpoint Amsterdam, a Dutch Christian group with the mandate of welcoming people from different cultural backgrounds to this city. We got a pretty extensive, informal overview of the Netherlands, after a pretty hearty meal of pancakes with cheese filling and chats with students from India, Germany, and Moldova. 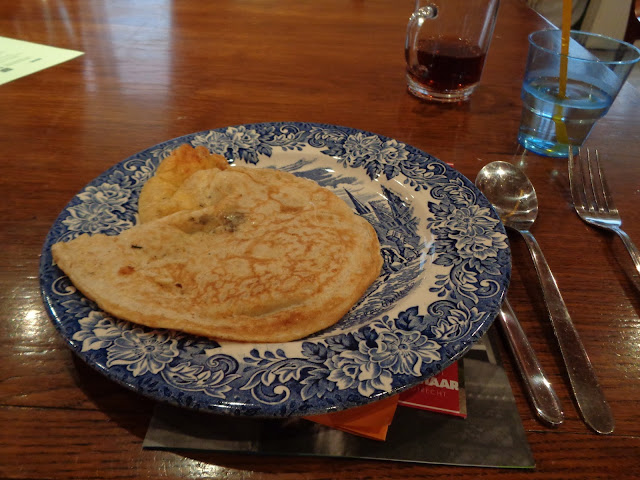 After the meal, we had a traditional Dutch dessert of vla-flip. The vla is custard, and the flip happens when you mix it with yogurt. Deadly. 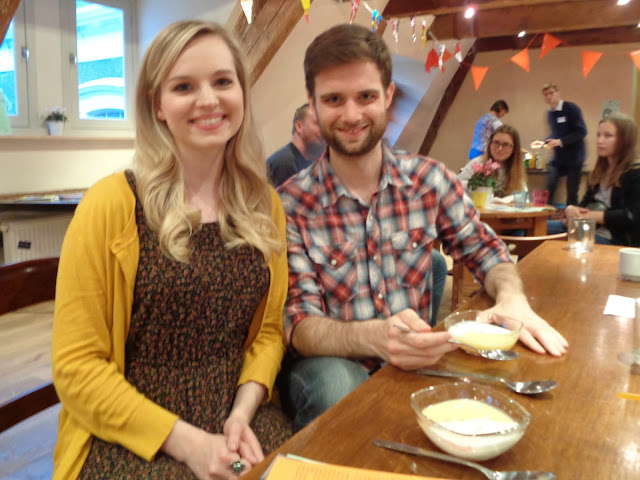 Another one of the neat aspects of the night is we signed up for a “Meet the Dutch” exchange. One of the things I’ve picked up on is that Dutch people, by and large, are protective over their family time, and will not often invite outsiders into those private moments. That’s not a sign of unfriendliness, just an aspect of the culture—one of the folks at Dutch Night shared a story of skipping dinner after being invited over by a family one evening, only to find (to his dismay) the kitchen all cleared away. The Meet the Dutch program, though, is a chance to actually get an invitation to a home-cooked by a local family, and to learn something hands-on. Count these two hungry, curious Canadians in.

ISMA runs a number of events throughout the academic year, including a music night in mid-October to share songs from home, and a guided tour of Amsterdam. All free, all inclusive.

Everywhere you go in the world, you’re going to find that people do things a little bit different. One response is to put a barrier between yourself and them, so that you never need to assimilate. Another is to pass off the behaviour as strange, foreign, rude, laughable, or any other adjective. Or the other option is to actually accept yourself as the visitor, and figure something out about a different way of living that’s as legitimate as your own. You might get some great meals with some great people, and great cappuccino to spend your pocket change on.
Cheers,
rb
Posted by Ryan Belbin at Monday, September 14, 2015