Sinterklaas Is In Het Land (And Why We Need Him Now)

This isn’t a diatribe on Syria, Islam, Paris, and refugee law. In the week since November 13, I’ve had a lot of time to read and reflect on just those issues, and being in Europe makes them considerably more pertinent, but there’s a danger, for me at least, in getting too vocal. 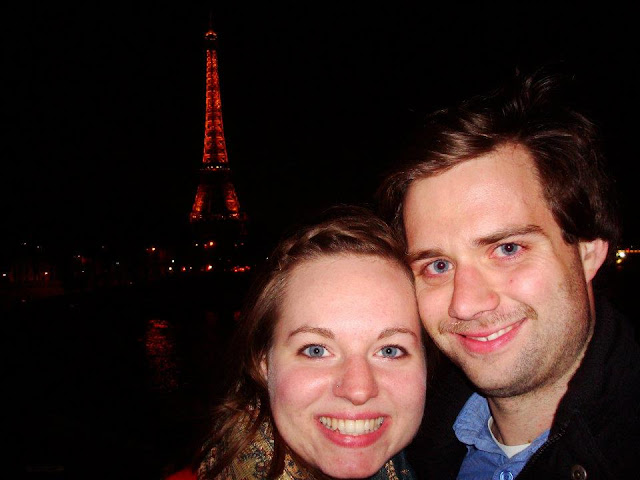 First, this isn’t the place to do it. I want anyone reading this blog to learn something or other about these places I’ve been lucky to visit, but East of Cape Spear isn’t a one-stop info stop. What’s happening in the world right now is far more complicated than can be expressed in one of these posts.

Second, and most importantly, I’m still figuring out my own thoughts on this. In my Transnational Law class, we had a huge discussion a few days after the Paris attacks, and I think one of the most pertinent thoughts to come out of that class was that we, as citizens of a global, online world, are exposed to so much white noise, it’s hard to discern what is objective and what is not. I’ve read a lot, but I don’t feel at all confident in having an opinion about the media coverage of the Beirut attacks, let alone the ideology of the Islamic State.

That disclaimer aside, I want to say something that most likely is preaching to the choir. But I have to say it, if only so that there’s something out there with my name on it, positioning me on the right side of history. Because, believe me, the lines have been drawn—when we visited the Anne Frank House earlier this fall, both Kayla and I tried to imagine how, in recent human history, this could have happened. How the Jewish people could have been persecuted the way they were, and the Western world was mostly alright with letting it happen.

We couldn’t wrap our minds around it, but I do understand it now. This is a prime example where ignorance would be bliss—ignorance of how cruel and hateful we, the privileged few across the Atlantic, are capable of being.

People from Syria have been trying to escape a civil war that we cannot imagine. And I know for a fact we can’t imagine it, because the Paris attacks shook us to the collective core—that’s what Syrians have been facing for a few years now, and it’s why millions of them have made the decision to leave. Of course, as we’ve seen, border policies in neighbouring Europe have forced many to take to very dangerous, sometimes deadly, routes to get away from the fighting—for a while, we actually seemed to care. Remember when a dead child washed ashore in Turkey?

But now, here we are, vehemently shutting doors, burning mosques, and un-ironically putting Jesus on our mantles. This is 2015, and it is not OK to shut out fellow human beings in a tornado because we think a few twigs might blow in.

That’s all I want to say about that. Despite the fact that Brussels is only a few hours away (and a destination of ours, only a few months ago), we feel completely safe in Amsterdam.

Much of the past week has been spent in contemplative normalcy, because if someone threatens your life, the most effective response is to continue living it. We went to see the new James Bond movie at the absolutely stunning art deco Pathé Tuschinski theatre, a spot decked out in plush chairs, balcony seating, and beer as a movie treat. Earlier that week, I went to the equally impressive Het Concertgebouw, for the New Romanian Symphonic Orchestra & Choir as they performed—with everything from strings, oboe, percussion, and voices—the score from the Lord of the Rings trilogy. The music from those movies are as iconic and good as the films themselves, and so it was really cool to feel the power of a live orchestra playing them. 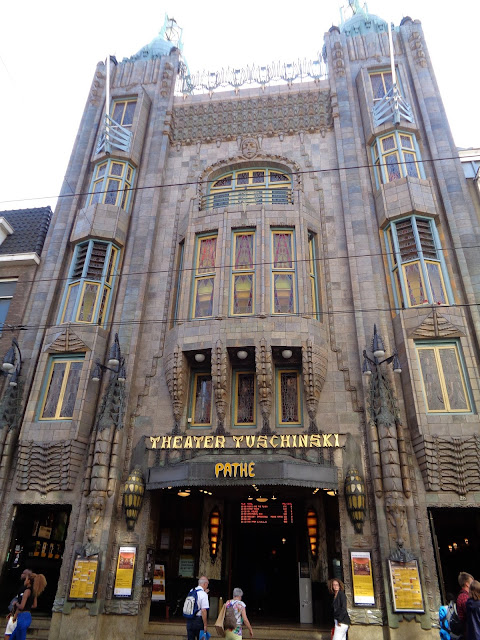 Amsterdam is awash now in lights, with the arrival of Sinterklaas on the 15th. Sinterklaas owes his folkloric roots to Saint Nicholas, and he’s one of the sources for our own Santa Claus—not surprising, considering he’s got a full white beard, wears red, and is the traditional gift-giver in the Netherlands. There are, however, quite a few differences. 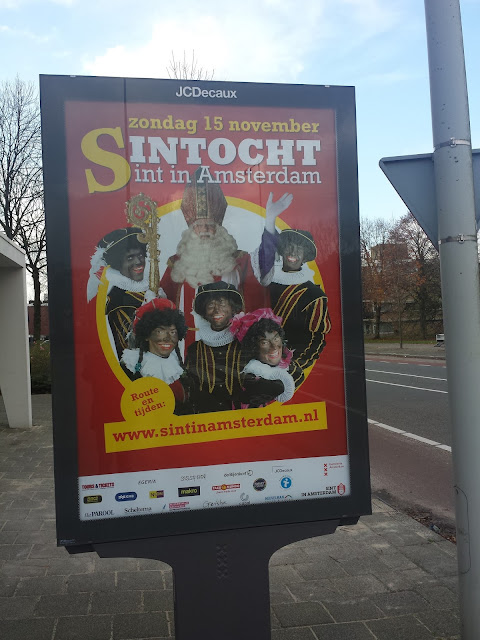 First off, Sinterklaas’s religious origins are a bit more prominent, especially given his regal staff and his peaked mitre. Nor does he come from the North Pole—try Spain instead, and instead of Rudolph he paraded through the streets on top of a white horse. 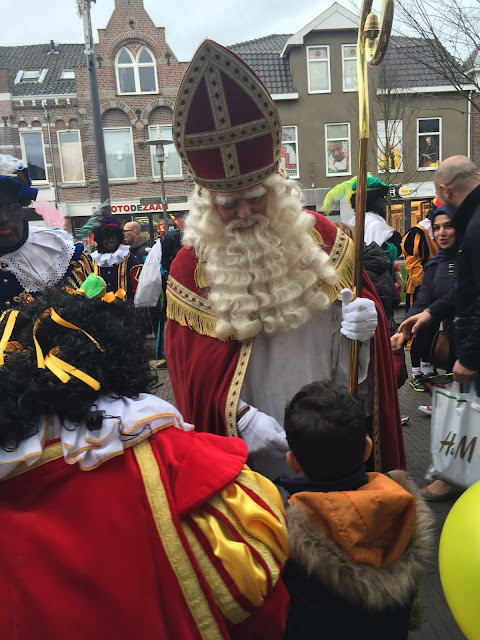 Oh, and there are no elves. Sinterklaas’s helper’s name is Zwarte Piet . . . which is roughly Black Peter. Because he’s a moor from Spain, and apparently that’s not that problematic in the least. Maybe not surprisingly, this has been a bit of a controversy in the Netherlands of late (never mind the fact that his look is more than a little bit unsettling). 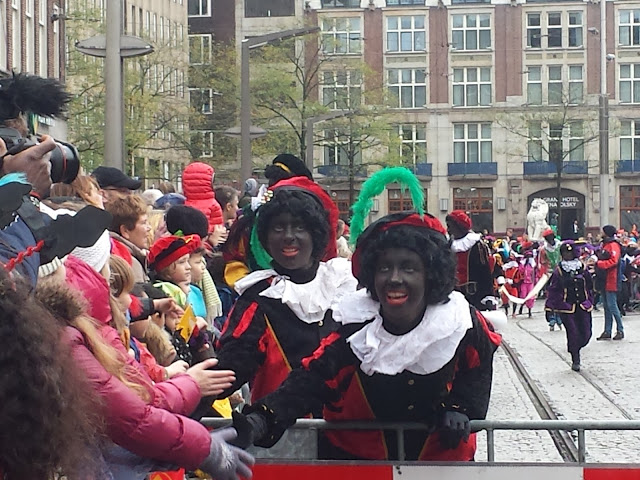 We went in to Dam Square on a grey Sunday to watch the celebrations, where more than a few Black Peters were hanging from the buildings and handing out Dutch candies, and now we’re eagerly awaiting December 5, the day before Saint Nicholas Day when Sinterklaas delivers gifts and poems to the children—the so-called Pakjesavond, literally packages evening. Should be fun, and it means that Amsterdam is fully in festive mode now. 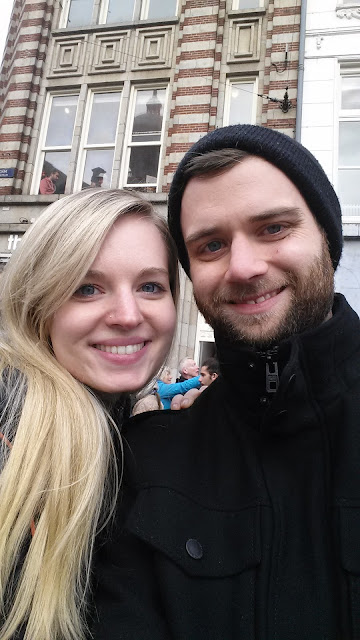 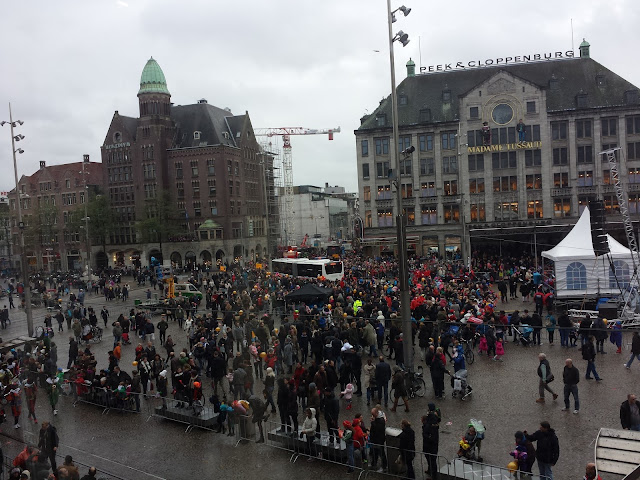 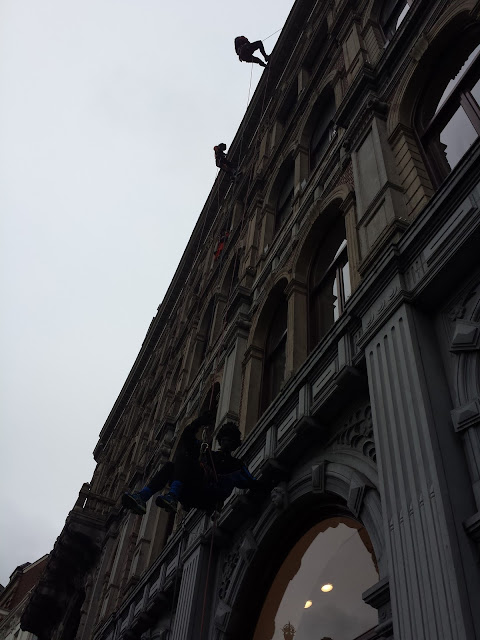 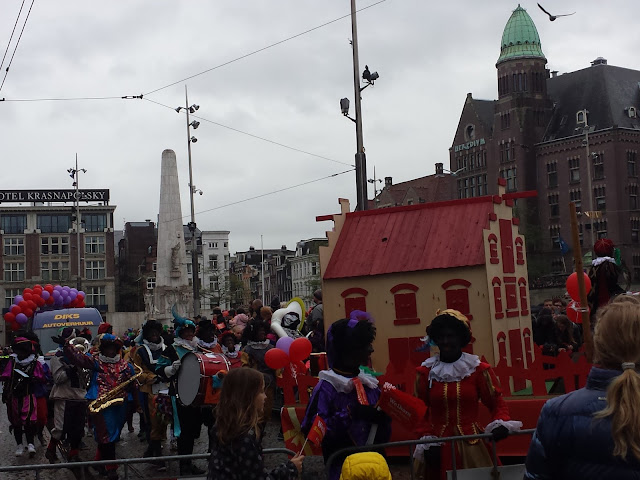 It also means that our time here is getting short, somehow. The other day, we passed the three month mark—three very busy, very exciting, very important months. As great as it has been, there really is something about this time of year that makes you excited to get back home, even if it is only for a short time. We could hardly wait and splurged a bit on one very familiar taste of home—even stroopwafels and pancakes topped with goat cheese can’t really compete with Kraft Dinner. 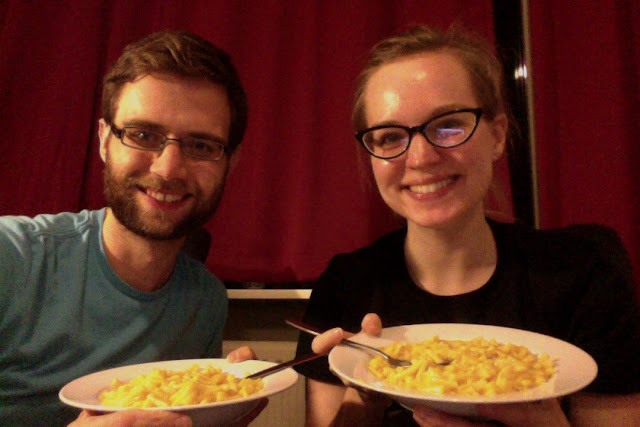 Another thing that was in the news lately is the Pope calling Christmas this year a charade, given the fact that the world is at war. With everything that’s happened, it is a bit strange, to be watching a bearded gift-giver parade the streets while sipping our seasonal Starbucks treats. And maybe that stuff is a charade, and maybe it’s always been a charade, but if you look past that, to the kids that were on their parents shoulders waving their Sinterklaas flags, maybe a season that is supposed to embody all the good that’s in the world is exactly what we need when the world is at war.

That kind of idealized attitude isn’t going to change the world—but I don’t think it’s going to hurt, either.